Book now
About us

To create an international and domestic Film & TV industry in the Northern Rivers, that thrives within Ballina and Byron Bay’s first and only film studio. We are ethically guided and sustainably focussed, we innovate, educate and inspire the next generation on a local and global scale.

To create an international and domestic Film & TV industry in the Northern Rivers, that thrives within Ballina and Byron Bay’s first and only film studio. We are ethically guided and sustainably focussed, we innovate, educate and inspire the next generation on a local and global scale.

Byron Studios comprises 2 stages, 1 x Green screen, 1x Blank house/apartment/office/warehouse set and 2 x Edit suites. As a national and international destination for the Film, TV, fashion and creative industry, Byron Studios is surrounded by natural beauty, that creates the scene for an unparalleled experience. The place that embraces sustainability, equality and ethics. The place that creates a positive future and provides new jobs. With attractive locations and regional incentives and rebates, the Northern Rivers is the perfect and safe location. 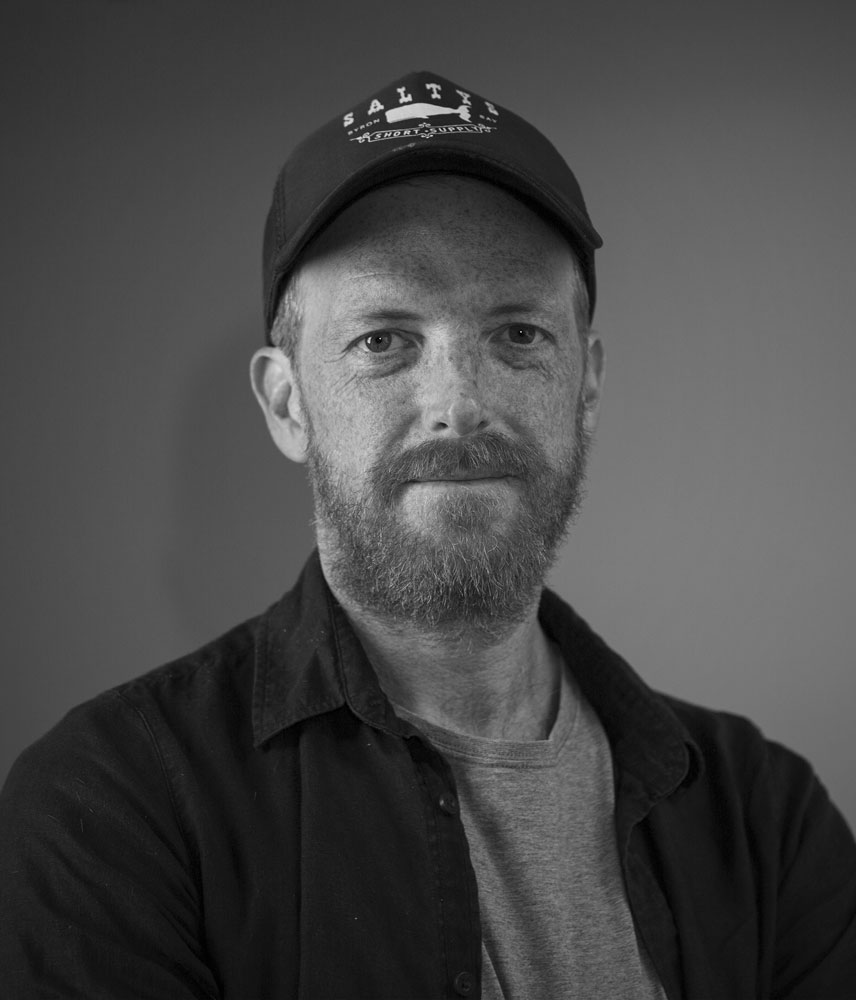 William is regarded as a solutions focussed entrepreneur with a strong vision and creative drive having founded multiple businesses over the years, most recently Byron Studios. With an expansive career spanning over 20 years, it began in 2000 at Adelaide’s Rising Sun Pictures. Over the years he has worked on the world’s most iconic films which include; The Harry Potter Series, The Lord of the Rings and Terminator 4 to name a few. With an undeniable passion for the industry, Will is constantly challenging existing methods in order to present forward thinking and alternative solutions. After many years in the industry working across Australia for studios such as Animal Logic and Fuel VFX, his industry knowledge and strategic vision enabled him to establish Cumulus Visual Effects (Byron Bay) in 2011, a leading multidisciplinary team spanning many facets of the industry. As a natural progression, in 2017 he founded Elements Post Production with partners Billy Wychgel and Gabrielle Joosten, and building on his reputation for producing high quality work he has continued to gain the respect of clients both at home in Australia and internationally. Creativity driven and solutions focussed Will won ‘Creative Artist of the Year - 2019’, and he is recognised for his integral role in Damon Gameau’s 2040 Documentary. This same entrepreneurial foresight has led him to build on the current infrastructure and establish a new global hub for the film and television industry here in the Northern Rivers. Byron Studios, situated in the location of choice to service the Australian and international film industry. 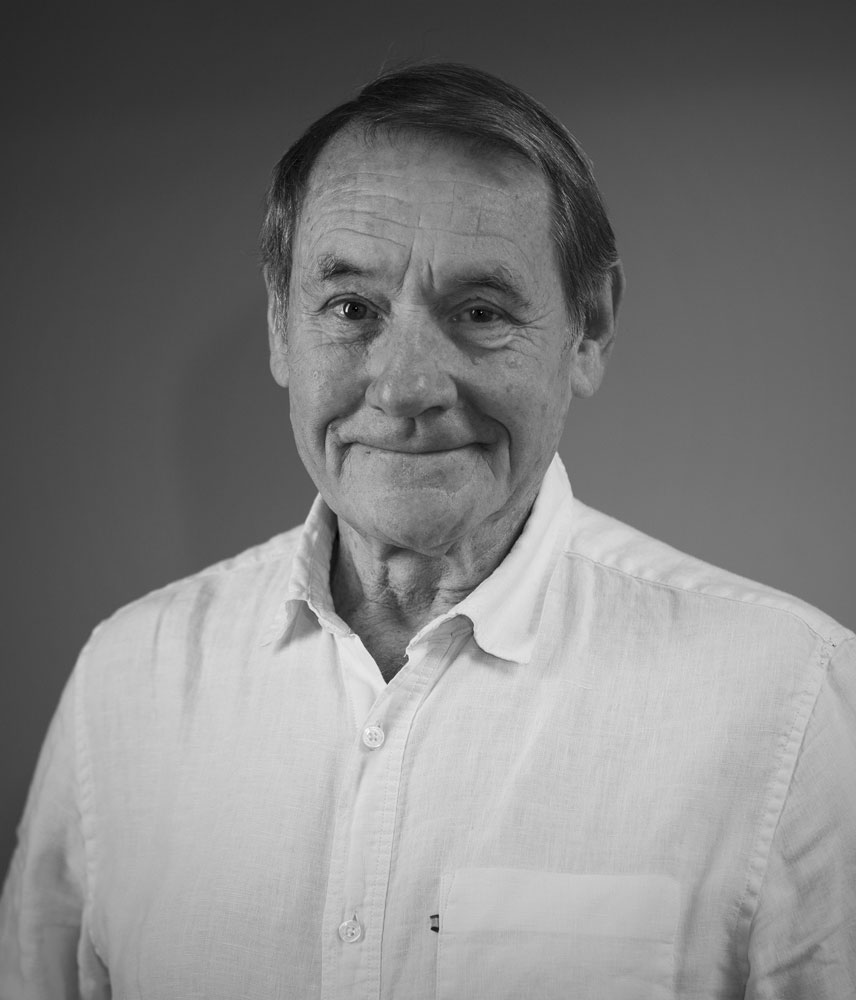 Pat Grier is recognised for his formidable career in Australian Health Services, being honoured with the appointment as a Member in the General Division of the Order of Australia for his services. As a well known businessman, his role as Chair and Funding Manager to Byron Studios will be to leverage and sustain growth. As an immigrant from Zimbabwe he started in the private hospital industry in 1984. In 1988 he was appointed to Ramsay Health setting the benchmark in private psychiatric care by introducing innovative programs and outcome studies. He served on the National Board as President and Chairman of the Australian Private Hospital Association (APHA) from 1995 to his retirement in 2008. Leveraging his leadership position, he pushed for affordable private health care for all Australians which assisted with the introduction of the 30% rebate and lifetime health cover initiatives of the Howard Government. He was an Australia Day Award recipient for driving major legislative change during the 1990’s with the vision for balanced healthcare. As CEO of Ramsay Health for 13 years, Ramsay Health Care grew from a small privately owned operation to the country’s largest provider of private hospitals. During his time from 1988 to his retirement in 2008, the company’s turnover grew from $30 million to over $2.5 billion per annum and was listed at that time in the top 150 companies in Australia. 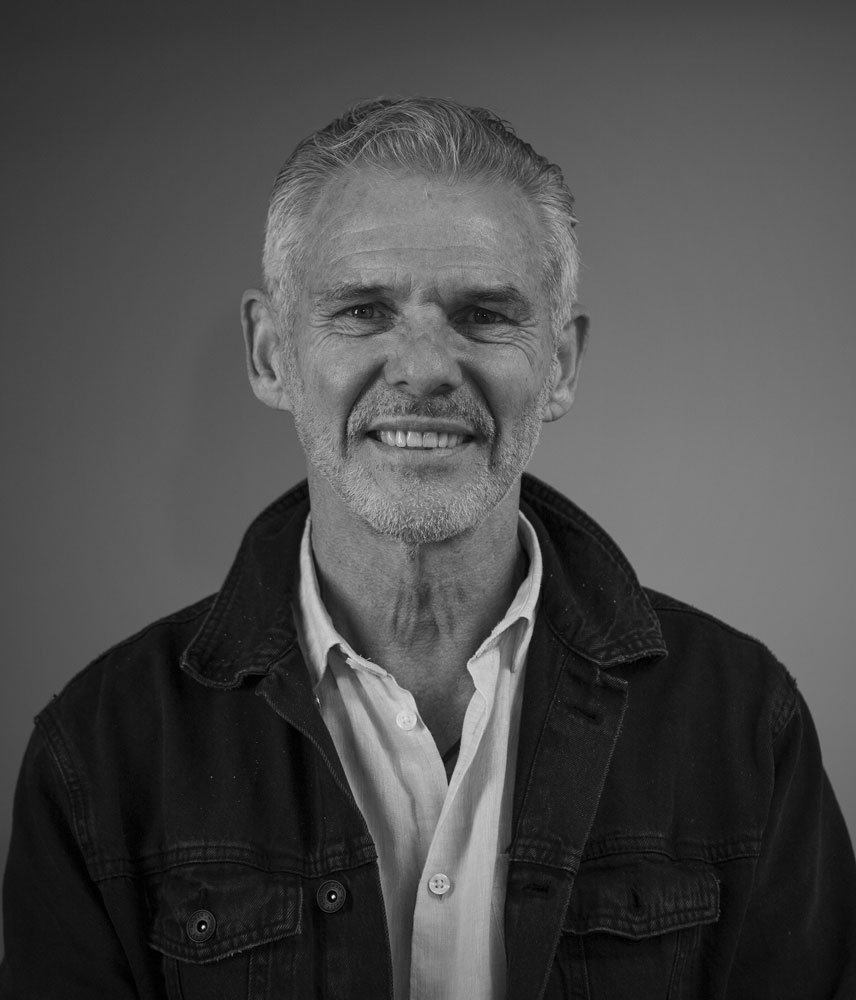 Mark is renowned for his executive business acumen with experience spanning over 25 years. His leadership demonstrates sustainable long term results, ensuring strategic development and implementation, strong leadership, high performing cultures, and successful business outcomes within Australia and globally. Mark’s role in the Byron Studios is to develop the business strategy, secure funding and establish the educational links that will be associated with the studios. Trusted with proven results, his world-class expertise has led him to work across multiple industries such as, but not limited to; media and entertainment, public sector, government, financial, IT, sales and marketing, with companies throughout Australia, the USA, Asia, Middle East and Africa. Clients include; News Ltd, Walt Disney Animation (Australia and USA), ABC, SOCOG, Woolworths, Big W, British Airways, Brisbane City Council, Public Trust Office and more. With demonstrated methodologies and solutions he has coached top executives, has been engaged to project coach billion dollar assignments, and was a Human Resource Development and Change Manager having generated strategies and reports to top level figures including Rupert Murdoch. 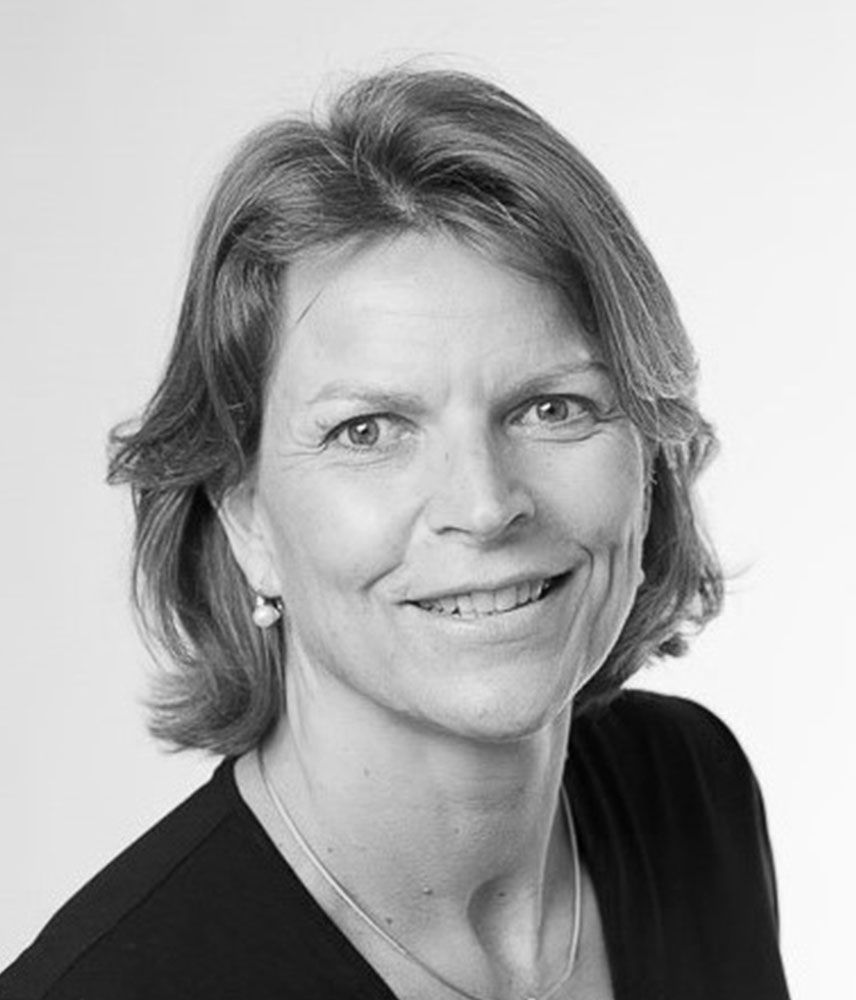 Charlotte is a highly respected senior commercial and people executive, with impressive accolades that extend over 30 years in the field of media, sport, entertainment, film, environment, equality and health, and is specialised in the negotiation of entertainment and sport media rights, sponsorship, event management and production. Her role at Byron Studios is to leverage all National and International Marketing and Sales with continual growth.

Not only a reputable media and business professional with demonstrated success on our shores and abroad, Charlotte was a former professional tennis player, and voted as one of Australia’s 50 most influential Women in Sport - 2019. 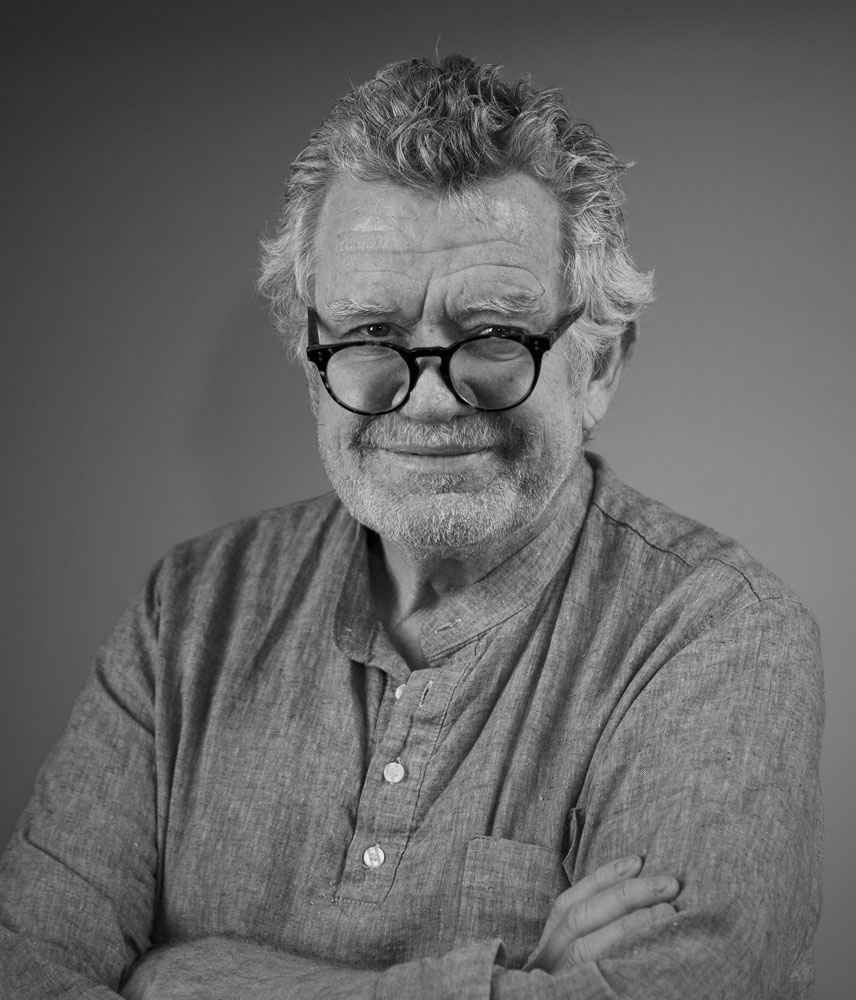 Greg comes to the board with an impressive 50 years within the film industry across casting, producing and film governance.

For seven years, Greg was on the Board of the Australian Film Institute with responsibilities in production committee of the annual AACTA awards as well as a long term member of the finance sub committee.

In 2015, Greg helped set up the Casting Guild of Australia and was then voted in as the inaugural President of the board. In this position he established the first casting industry awards in the country. He also established ‘The Next Big Thing’, an actor’s award showcasing Australia’s finest up and coming talent to the international stage.

In his time as a Casting Director he has provided the career break through roles for Russell Crowe, Eric Bana, Hugo Weaving, Guy Pearce, Jacquie McKenzie, Rachel Griffiths, and many more.

Greg was the Executive Producer on ‘Face to Face’ with Michael Rymer which was awarded ‘Best Film’ at multiple film festivals worldwide. He has a number of film projects on his production slate and still is actively casting today.

As an actor, he has appeared in some of Australia’s most iconic films of the 70s namely Sunday Too Far Away, Chant of Jimmy Blacksmith and Mad Dog Morgan. He also starred in the original Australian production of Rocky Horror Show as Brad. He assures us that his legs look good in fishnets to this day – though he is reluctant to provide photographic evidence! 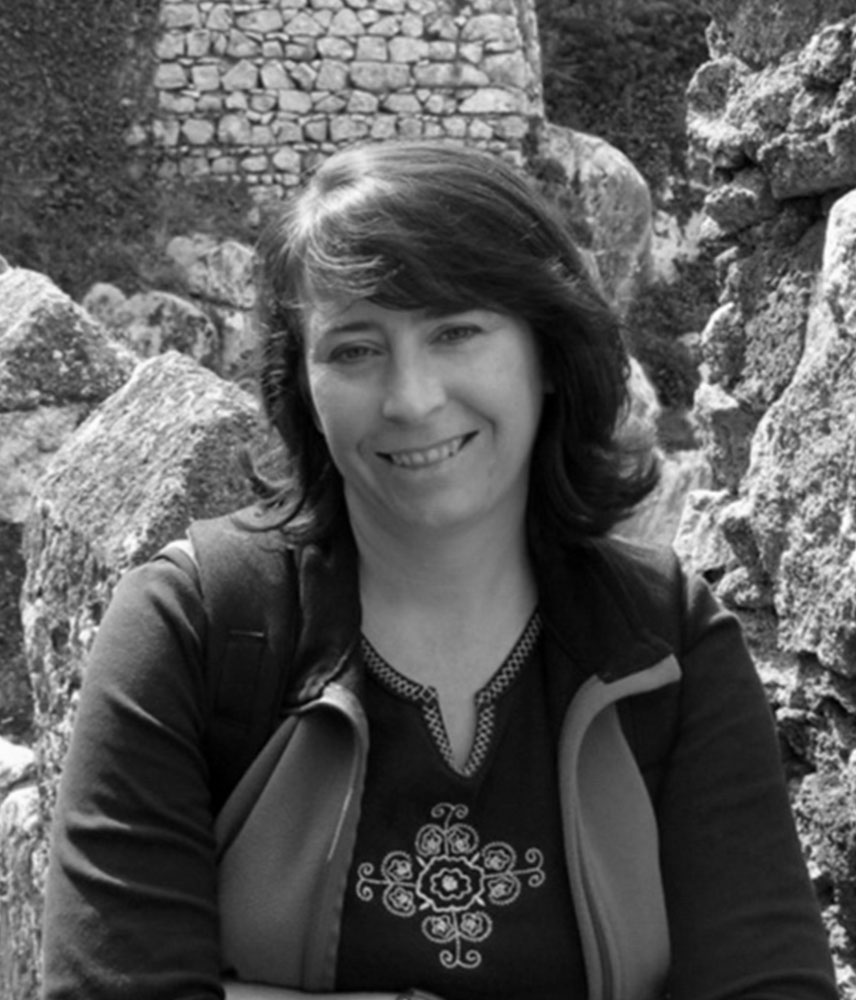 Melissa’s broad range of expertise of 20 years has given her experience across Australia and the Asia-Pacific region, and is now the principal of a boutique law firm based in Byron Bay. With services offering a full range of commercial and property legal services, with specialist expertise in intellectual property and technology law, she will play a critical role within Byron Studios.

Previously, as a Senior Associate at Ashurst (formerly Blake Dawson Waldon) Melissa's background is underpinned by major projects across various sectors including energy, environmental planning and infrastructure, with refined insights focussing on intellectual property and digital technology. She also participates in advancing grassroots LegalTech and the innovation movement through membership of Australian Legal Technology Association.

Having worked for the NSW Aboriginal Land Council during the period of the Mabo negotiations, she ran numerous Aboriginal land claim and cultural heritage protection legal test cases in the NSW Land and Environment Court through to the High Court of Australia. 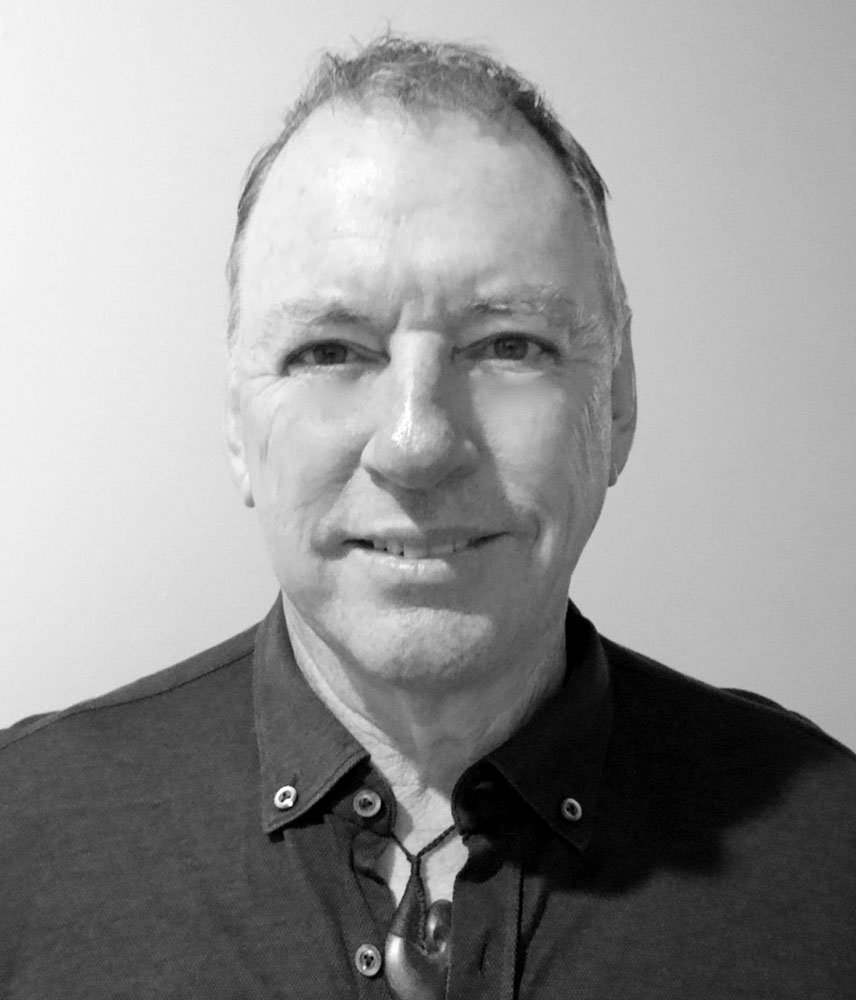 Steve has a remarkable 40 year history and knowledge in the Media / Television / Content Creation industry. Starting back in the late 70s, a 20 year career in the Seven Network was the perfect place to nurture a wide variety of skills and experience. Cumulating with the delivery of two successful Olympic Broadcasts for Seven, Steve embarked on a more direct Olympic experience working with the Olympic Host Broadcaster as Director of Technical Operations for the Sydney Games in 2000.

Since then, Steve has been and is still involved in the delivery of many World Games including Olympics, Paralympics, FIFA World Cup, Commonwealth Games, Rugby World Cup , Invictus Games, Asian Football Cup and many more local projects including AFL Grand Finals, Reality TV, AGT, XFactor to name a few.

While establishing and running a national Outside Broadcast facility business as the General Manager for 6 years, Steve had the opportunity of working in many film & soundstages taking into account best strategies. He was honoured with the opportunity to head up a multi-million-dollar Broadcast Operation for the Commonwealth Games at the Gold Coast, this time on the Organising Committee working with the government.

An offshoot of this was the construction of the largest film sound stage in the southern hemisphere, Studio 9 at Village Roadshow.

He continues to work on the international stage being involved in the Tokyo Olympics and Expo 2020 (now both 2021) and other international projects, and is now vitally invested in creating and passing on his extensive experience right here in the NSW Northern Rivers with Bryon Film Studios.